Welcome to the interactive blog of the Foundation for Critical Thinking. The chief contributor is Dr. Linda Elder, President and Senior Fellow of the Foundation. We also post articles and interviews from the Richard Paul Archives, featuring seminal work and ideas from throughout Dr. Paul's life and career. There may also be occasional contributions from other Foundation for Critical Thinking Fellows and Scholars.

Join us here often - we will share personal readings we find helpful to our own development, instructional designs and processes we recommend, and strategies for applying critical thinking to everyday-life situations.

Through this blog, we will also recommend videos and movies that can help you, your students, your colleagues, and your family internalize and contextualize critical thinking principles, or identify where and how critical thinking is missing. Look for our tips and questions connected with our recommendations.

Lastly, this blog will occasionally feature articles by community members that are exemplary in advancing critical thinking. If you would like to submit an article for consideration, please send them to us at communityadmin@criticalthinking.org.

Linda Elder
May 16, 2022 • 6d ago
Prejudice, Bias, Murder, Victims, Sadness, and the Immediate Need for Gun Control
{"ops":[{"insert":"Our hearts go out to the victims of the mass shootings in Buffalo, NY, Laguna Woods, CA, and all the places in which innocent people have been murdered by ideologues, or by mentally ill people, throughout the past few years. These murders have now become so routine that we seem to become numbed to them, unless of course we are directly affected by them. The families of those killed in these mass shootings systematically call for us to do away with the bias, prejudice, hatred that underlies these crimes. Though we know that mass murderers act for differing reasons, based in differing assumptions and world views, we also know that "},{"attributes":{"italic":true},"insert":"their reasoning which leads them to these heinous crimes is fundamentally and dangerously flawed"},{"insert":".\n \nIf we lived in a world where fairminded critical thinking were advanced and actively cultivated, rather than being given lip service, we would be able to better address this problem at a foundational and systemic level. But egocentric and sociocentric thinking, the opposites of rational, reasonable thinking, remain the norm in human societies, as has been the case throughout human history. Group think is rampant at all levels of human society, from which prejudice and bias emerge. Distorted views keep us from seeing things as they are, and many social networking sites deliberately or inadvertently encourage these distorted views. Supremacist forms of thinking seem to be on the rise across the world. How sad that it is taking humans so long to understand and embrace basic ethical principles that all reasonable persons should readily give assent to.  \n \nTo learn more about the problems of prejudice and bias running through human life, see excerpts from Liberating the Mind: "},{"attributes":{"color":"#0563c1","link":"https://community.criticalthinking.org/viewDocument.php?doc=../content/library_for_everyone/128/LiberatingtheMind-OvercomingSociocentricThoughtandEgocentricTendencies.pdf&page=1"},"insert":"https://community.criticalthinking.org/viewDocument.php?doc=../content/library_for_everyone/128/LiberatingtheMind-OvercomingSociocentricThoughtandEgocentricTendencies.pdf&page=1"},{"insert":"\n \nUntil we do begin to actively foster, throughout schooling and society, understanding and embodiment of intellectual virtues such as intellectual empathy, intellectual autonomy, confidence and reason, and fairmindedness, we will not be able to address the root problem of prejudice in human cultures. It is this prejudice, through distorted thinking, that frequently leads some imbalanced people to take the lives of innocent persons due to their skin color, religious creed, or country of origin.\n \nUntil we do achieve fairminded critical societies, which appears to be a long way into the distant future for the human species if it ever is to occur, we can address the problem of mass murderers, to a large degree, through reasonable gun legislation. It is the responsibility of our politicians to protect the public interest. "},{"attributes":{"italic":true},"insert":"By refusing to pass reasonable gun laws, politicians reveal that they are not concerned with protecting innocent people"},{"insert":". "},{"attributes":{"italic":true},"insert":"They themselves are therefore implicated in these crimes"},{"insert":". We the people are also to blame for failing to elect and support politicians concerned to act according to the common good who would pass reasonable laws in our common interest. How sad it is that, after the imbalanced murderers complete their sick, distorted “missions,” and the politicians once again fail in their duty to protect innocent people, the grandmothers, the parents, the young people stopping off at the store for a few items, or those attending church, lose their lives, and their families are left with grief, torment and anguish. This pattern we are now witnessing again and again, with the same calls for change, and with nothing changing. It is beyond time to enact preventative gun laws which will not bring back the innocent victims of sick people with cart blanche to weapons of mass destruction. But it will greatly reduce the chances of further such atrocities and further sadness.\n"}]}
See More
18 Views     Write a Comment

Richard Paul Archives
May 11, 2022 • 11d ago
[Part 2] The Critical Thinking Movement in Historical Perspective
{"ops":[{"insert":"[Missed Part 1? "},{"attributes":{"underline":true,"bold":true,"link":"https://community.criticalthinking.org/blogPost.php?param=153"},"insert":"Read It Here"},{"insert":"]\n\nLet us not forget that schools in the US were established precisely to transmit by inculcation self-evident true beliefs conducive to right conduct and successful “industry.” The best seller of 17"},{"attributes":{"script":"super"},"insert":"th"},{"insert":" Century North America was Michael Wigglesworth’s "},{"attributes":{"italic":true},"insert":"Day of Doom"},{"insert":", a detailed description of the terrifying fate of condemned sinners. To questions this fate was heresy. In 1671, governor Sir Williams Berkeley of Virginia could say with pride:\n \n . . . there are no free schools, nor printing in Virginia, for learning has brought disobedience, and heresy . . . into the world, and printing has divulged them . . . God keep us from both!"},{"attributes":{"indent":1},"insert":"\n"},{"insert":" \n“Free schools” were set up, as in Massachusetts (1647), “to teach all children to read and write . . . [to combat] that old deluder Satan,” or, (1675) to ensure that “children and servants” are “catechized.” In Plymouth Colony (1671) “Education of Children” was mandated because “Children and Servants” were “ . . . in danger [of] growing Barbarous, Rude, or Stubborn” and hence were becoming “pests.” This was hardly the climate in which analytic thinking and critical questioning could thrive. All questioning began and ended with a “Nil desperandum, Christo duce.” (Don’t despair, Christ is leading us.) This sense of having a mission or mandate from God has discouraged self-reflective questioning. At times it has generated arrogant self-delusion.\n \nAs late as 1840, U.S. schools taught the ordinary students nothing but the three R’s, some basic catechism, and a smattering of patriotic history. The school term was short and attendance irregular. In 1800, for example, the average American attended school only 82 days out of their entire lives. By 1840 it has increased to only 208 days.\n \nWhen the time in school increased, it was not because of a demand for critical thinking but for better reading and writing, skills increasingly necessary in the commercial and industrial activities of the day. To get a sense of the quality of reading instructions, one need only hear the assessment of Horace Mann:\n \nI have devoted especial pains to learn, with some degree of numerical accuracy, how far the reading, in our schools, is an exercise of the mind in thinking and feeling and how far it is a barren action of the organs of speech upon the atmosphere. My information is derived principally from the written statements of the school committees of the respective towns – gentlemen who are certainly exempt from all temptations to disparage the schools they superintend. The results is that more than 11/12ths of all the children in the reading classes do not understand the meanings of the words they read; and that the ideas and feelings intended by the author to be conveyed to, and excited in, the reader’s mind, still rest in the author’s intention, never having yet reached the place of their destination. (Second report to the Massachusetts Board of Education, 1838.)"},{"attributes":{"indent":1},"insert":"\n"},{"insert":" \nThe increasing use of machinery, the rapid expansion of transportation, and the new waves of non-Anglo-Saxon immigrants, not a change in the basic U.S. mind set, were the main causes of expansion of schooling. For a long time the McGuffy readers, with their parables about the terrific fate of those who gave in to sloth, drunkenness, or wastefulness were as close as the average student got to reflective thinking. Of course, if they wanted, students could cogitate on their own on the higher level questions implicit in this passage:\n \nRemember, that time is money ,. . . that credit is money . . . that money is of the prolific, generating nature, that six pounds a year is but a great day . . . that the good paymaster is lord of another man’s purse. (Ben Franklin, 1770.)"},{"attributes":{"indent":1},"insert":"\n"}]}
See More
29 Views     Write a Comment

Linda Elder
Apr 15, 2022 • 37d ago
Egocentric and Sociocentric Thinking as Barriers to Critical Thinking - a podcast interview
{"ops":[{"insert":"I invite you to view the video of Simon Rilling’s recent interview with me, which you can find here in our community: "},{"attributes":{"color":"#0563c1","link":"https://community.criticalthinking.org/watchEmbeddedVideo.php?id=280"},"insert":"https://community.criticalthinking.org/watchEmbeddedVideo.php?id=280"},{"insert":" . This will also be made available soon with a German translation through Simon’s team.\n \nThank you, Simon, for inviting me to discuss theory of the human mind, with emphasis on egocentric and sociocentric thinking as barriers to criticality. We need more interviewers and reporters interested in advancing fairminded critical societies through their work, like Simon.\n"}]}
See More
160 Views     Write a Comment

Richard Paul Archives
Apr 01, 2022 • 51d ago
[Part 3, Final Section] Power, Vested Interest, and Prejudice: On the Need for Critical Thinking in the Ethics of Social and Economic Development
{"ops":[{"attributes":{"bold":true},"insert":"[Missed Part 2? "},{"attributes":{"bold":true,"link":"https://community.criticalthinking.org/blogPost.php?param=149"},"insert":"Read It Here"},{"attributes":{"bold":true},"insert":"]"},{"insert":"\n\n\n"},{"attributes":{"bold":true},"insert":"There Is a Need to Foster Critical Thinking in the Education of the Ordinary Citizen"},{"insert":"\n\nThere is little hope that the leaders of powerful nations and groups will of their own volition take ethical considerations seriously in formulating policies and practices that bear on the well-being and development of all. They must be pressured by those not deeply involved in the struggle for political and economic power. But such persons are traditionally ill-prepared to exercise the critical thinking necessary to address the problem of development. Though the relevant ethical principles have been formulated, ordinary people have not been taught those formulations. They have not been encouraged to seek out sources of information not readily accessible in their national public media nor in how to analyze the media critically. They have not developed the conceptual sophistication to see through the bias of their own groups’ conceptualizations.\n\nUnless educators in all countries can begin to foster genuine critical thinking in schools accessible to most people, or some other means is developed or generated for helping people free themselves from the self-serving manipulations of their own leaders, it is doubtful that “ethical reasoning” will play its appropriate role in social and economic development. Ethical reasoning, to be effective, cannot be “uncritical,” for ethical principles must be applied in the context of human actions and interest heavily polluted by distortion and one-sidedness, by vested interests portrayed in the guise of ethical righteousness.\n"}]}
See More
72 Views     Write a Comment

About our blog leaders 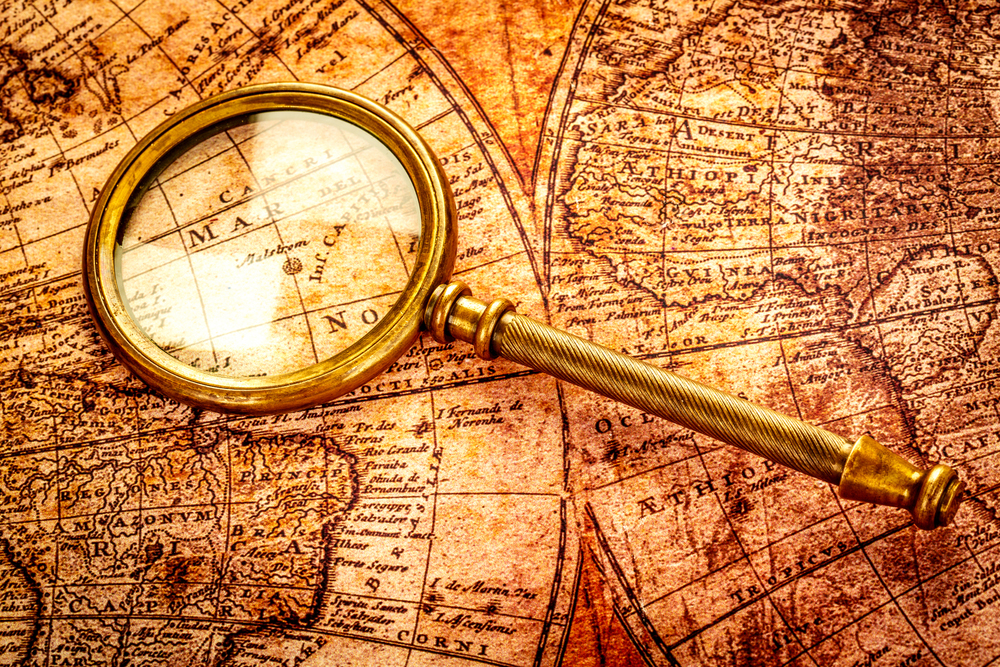 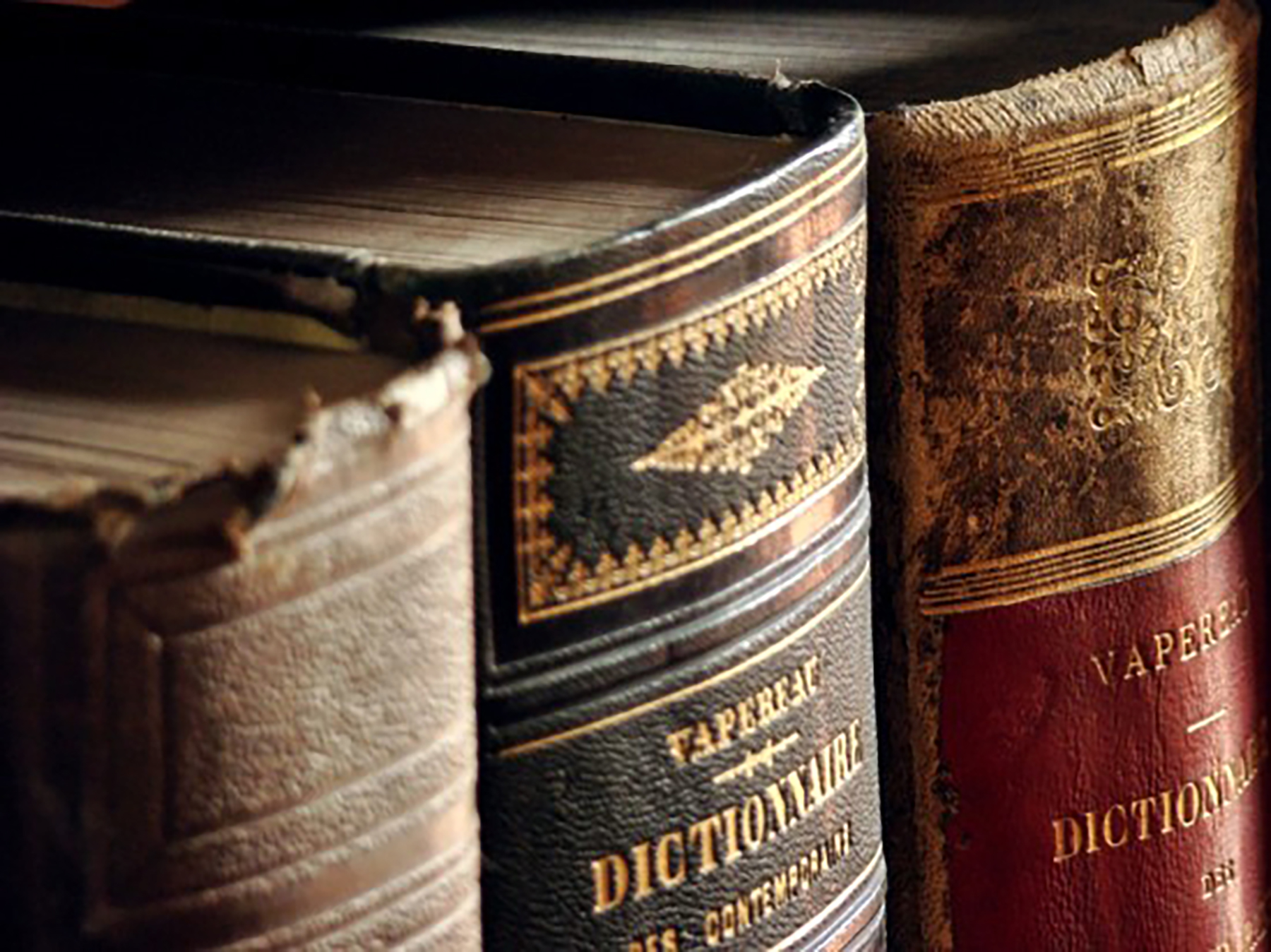